Join the International Journal of Healing and Caring!
Read the latest in education, research and practice of wholistic healing (www.ijhc.org).
SIGN UP TO THE IJHC

Caregivers and therapists can often experience high stress levels or burnout when working in intensive environments with children who are diagnosed with Autism Spectrum Disorders ( ASD s ) . It was hypothesized that a single breathing exercise , [ALT practiced several times per day over an extended period of time, may assist in decreasing stress levels and burnout and assist in developing resiliency. Specifically, a A breathing exercise designed to integrate left and right hemispheric activity was used . The breathing exercise appeared to be effective with respect to the subjects perceived ratings. Specifically, at work, subjects reported being able to gain a deeper understanding of their mind body awareness to anticipate using self-talk on the job to decrease distractibility and to increase focus. Subjects also reported greater resiliency across settings other than the workplace, decreased stress levels, and increased energy levels

The purpose of this pilot study was to explore if a single Energy Psychology technique can reduce perceived physical symptoms. During a regular group supervision session, it was revealed by some staff who work directly with the students at this center that on a daily basis, they had enough energy to perform their work duties, but were experiencing much lower levels of performance in other areas of their lives. This prompted exploration of the following intervention.

It was hypothesized that a single, two-minute Energy Psychology technique called an Over Energy Correction (OEC), typically used to correct a lack of proper polarization in the brain, can also help correct a reversed state of energy flow in the body. (Association for Comprehensive Energy Psychology). Benzinger &amp; Sohn (1991) identified the four modes of the cerebral cortex which are the: basal left, basal right, frontal right, and frontal left. The authors discussed that if the front to back axis is imbalanced, the four quadrants of the brain will not be properly polarized, and the energy field will be shifted forward or back. It was stated that it may also see-saw between the two, first shifting forward and giving a racy, hyperactive feeling and then swinging backwards, crashing from over-expenditure of energy. Eengaging in the OEC and while sitting in the interlocked position reconfigures the left to right side energy flow. By inhaling through the nose (positioning the tongue up against the roof of the mouth) and exhaling through the mouth (positioning the tongue flat), the top to bottom energy flow is reconfigured.

It is hypothesized in this study that correcting hemispheric polarity or energy flow by only engaging in an OEC can produce feelings of calmness or feelings of being more alert. Such global reversals will increase staff energy level and positive mood during and after work. Also, it may increase their individual overall energy levels, while lessening the feeling of being drained or burnt out.

Four intervention therapists at the center volunteered for this assignment. Participants were all female, Caucasian, held at least a bachelors degree and ranged in age from 23-32. There was no specific tangible compensation awarded for participation. Each participant was given a 6-question Likert scale rating assessment specifically for this study that was completed pre and post intervention. Participants were asked to respond to the 6 statements with the following ratings: 1-not at all; 2-somewhat; 3-netural; 4-most likely; 5-definitely.

Participants completed this pre-assessment in isolation under observation via cameras. Assessments were numbered by each participant in order to maintain anonymity. Two days after the pre-assessment, the intervention was taught in a group setting. This is the 2-minute OEC breathing exercise. The OEC is used in different ways, depending on the handedness of the participant. A right-dominant participant will cross their left foot over the right foot, and right arm over her left arm, lock the fingers together, and twist the arms up against the chest. A left-dominant participant will cross her right foot over the left, and left arm over her right arm, lock the fingers together, and twist the arms up against the chest. All participants sit in their appropriate positions, while inhaling through the nose and exhaling through the mouth, for 2 minutes. The procedure was demonstrated and participants were directed to perform this three times per day, seven days a week. Participants were permitted to complete at least two of the three daily exercises in the work setting, at the center. They were periodically reminded and checked to verify if they were complying with the instructions. Participants were emphatically instructed they should immediately stop the exercise and notify this researcher at any time if they experienced discomfort. At the conclusion of 8 weeks, the post assessment was completed in isolation under video camera observation .

Approximately one year later, 3 of the 4 participants were available and again volunteered to complete the same study with the above instructions.

On item five, all participants indicated that they desired to have more energy to do the things they needed to do at a lesser rating on the post assessment than on the pre-assessment.

All participants disclosed that they consistently performed the intervention as directed for the duration of the study.

Participants A, B and D volunteered to participate in the same study with the same pre- and post-assessment after approximately one year. (See Table 2.)

On item five, all participants indicated that they desired to have more energy to do the things they needed to do at a lesser rating on the post-assessment than on the pre assessment. Each participants post score was identical to their post score the year prior.

There are several limitations to this work. The first and primary is that this researcher International J. Healing &amp; Caring 2019, 19(2), July 2019 conducted these surveys under a dual relationship as the participants supervisor, which could have led to biases of performing for their supervisor. Second, and simultaneous with the first limitation, was that staff identity was not concealed and was voluntary. However, while this is not a formal study, in order to minimize this researchers bias in making assessments, the identities of the participants were concealed from the researcher. Participants numbered their pre and post surveys, with no other identity markers. The assessments were collected by someone other than this researcher each time to protect participant anonymity. Despite the small sample size and the lack of ability to be random, this researcher strongly made clear through disclosure that participation was strictly voluntary and for purposes of this study only, separate from any formal job performance evaluation.

It should be noted that the Likert scale questionnaire utilized was designed by this researcher for the sole purpose of this study, very specifically to address the reported needs of the participants. Therefore, the researchers primary intention was to assist the participants in achieving a better quality of life. In further research, it would be better to use standardized, validated assessment tools.

An interesting observation that seems consistent with participants needs, is that they all rated job performance /satisfaction very similarly on the pre and post assessments. Participants expressed wanting to increase their energy level outside of the workplace, which was what this method was designed to increase. The results appear to be relatively successful and useful. Antidotal reports from all participants at the conclusion of the post assessments supported the usefulness of this exercise, and all indicated they were likely to continue to utilize this intervention as needed. Participants indicated they felt relief from overstress when they engaged in the OEC, and several stated they continued to use the tool during times in their lives when they were feeling overwhelmed.

As ASDs are becoming more prevalent, the demand for more skilled service persons is necessary. Because this population appears to have challenging energetic boundaries, it is imperative that staff are trained to be mindful of the likelihood of feeling worn down after dealing with these sorts of problems over time, and are given the wellness tools to maintain their own psychological, emotional, and physical health. Although this study was the first of its kind, replication with a larger sample, with the lack of a dual relationship, and with a standardized assessment tool may be confirm that highly beneficial for line staff working intensely with this population. Another area for future exploration could be how using a technique, such as this, could potentially assist staff in building resiliency and decrease job turnover which can be high in these types of positions.

Benzinger, I. Katherine, and Anne Sohn. The Art of Using Your Whole Brain. KBA, 1991.

Feinstein, D. with Eden, D. (2011). Ethics Handbook for Energy Healing Practitioners A Guide for the Professional Practice of Energy Medicine and Energy Psychology. 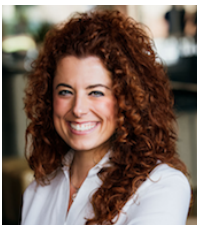 Mandi Freger, M.Ed., DCEP, LBS, LPC, has worked in many service lines of behavioral health treatment, including serving as a supervisor in both outpatient and residential settings. In providing decades of psychotherapeutic treatment to various populations, she gained extensive experience with people with Autism Spectrum Disorders (ASDs).
Mandi was one of the initial candidates to obtain the Behavior Specialist license, as well as status as a Certified Trainer in Functional Behavioral Assessment in Pennsylvania, with an emphasis on ASD treatment planning. She is also a Licensed Professional Counselor in Pennsylvania.
Originally trained in Energy Psychology techniques (EMDR and TFT Test DxTM) to treat trauma, mood and pain disorders and learning challenges, Mandi has been using a variety of bioenergy-based modalities with children, adolescents, adults, and staff. Mandi is a former board member and Education Chair for the Association for Comprehensive Energy Psychology and holds diplomate status in Comprehensive Energy Psychology. Mandi is currently hosting a web-based talk show, The Energy of Autism

Find the Latest in Holistic Healing

The International Journal of Healing and Caring

Join the International Journal of Healing and Caring!
Read the latest in education, research and practice of wholistic healing (www.ijhc.org).